This innovative project aims to build functional biomorphic computing devices operated by the slime mould Physarum polycephalum. We envisage that research and development centred on novel computing substrates, as self-assembled and fault-tolerant networks will lead to a revolution in the bio-electronics and computer industry. Combined with conventional electronic components in a hybrid chip, Physarum networks will radically improve the performance of digital and analog circuits.

For the PHYCHIP project, Interspecifics was invited as an artistic researcher in the Media Enviroments department at the Bauhaus University in Weimar. Where we developed the Phytracker, a computer vision tool to generate compositions based on the behavior of physaurum. 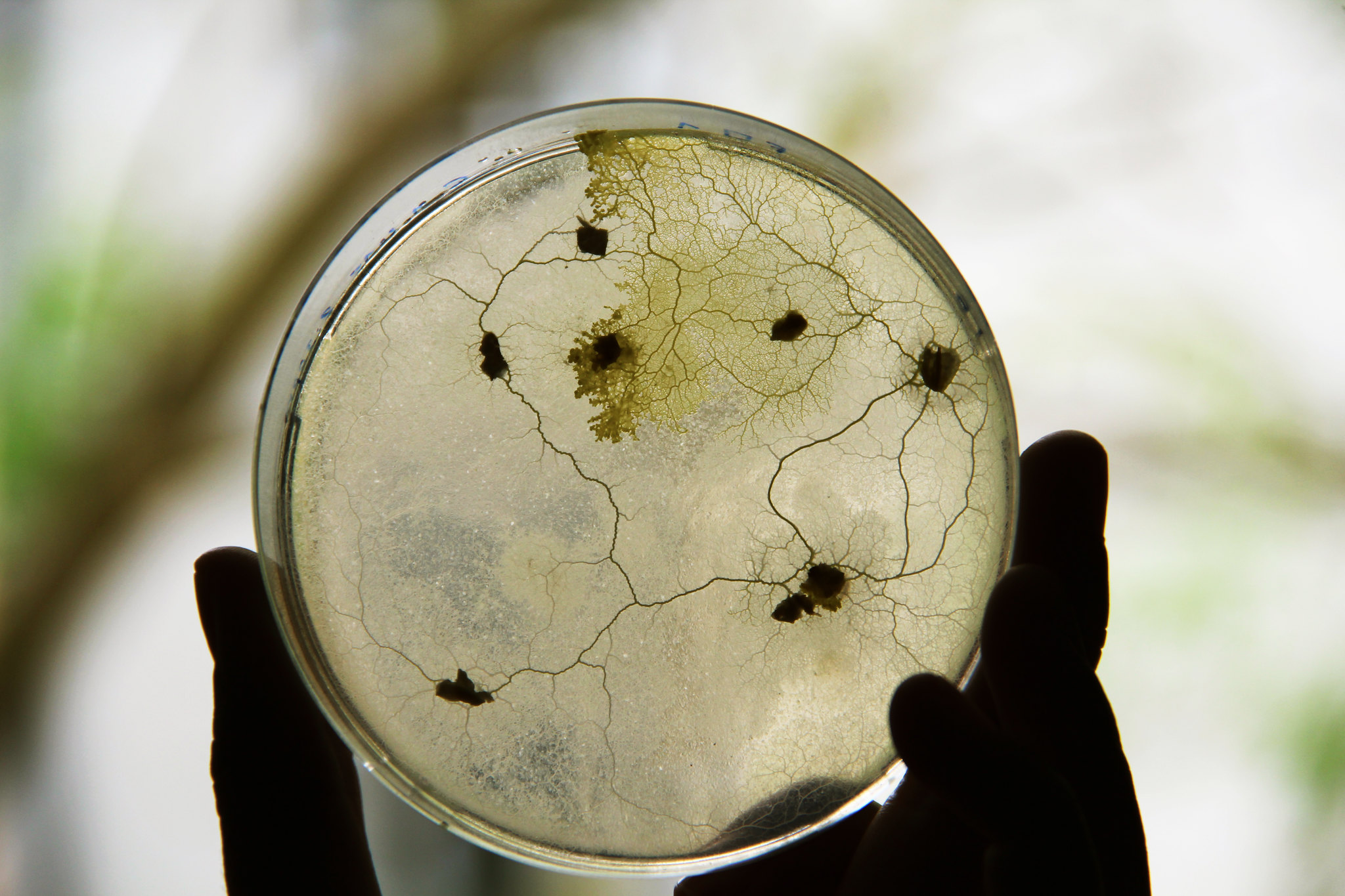 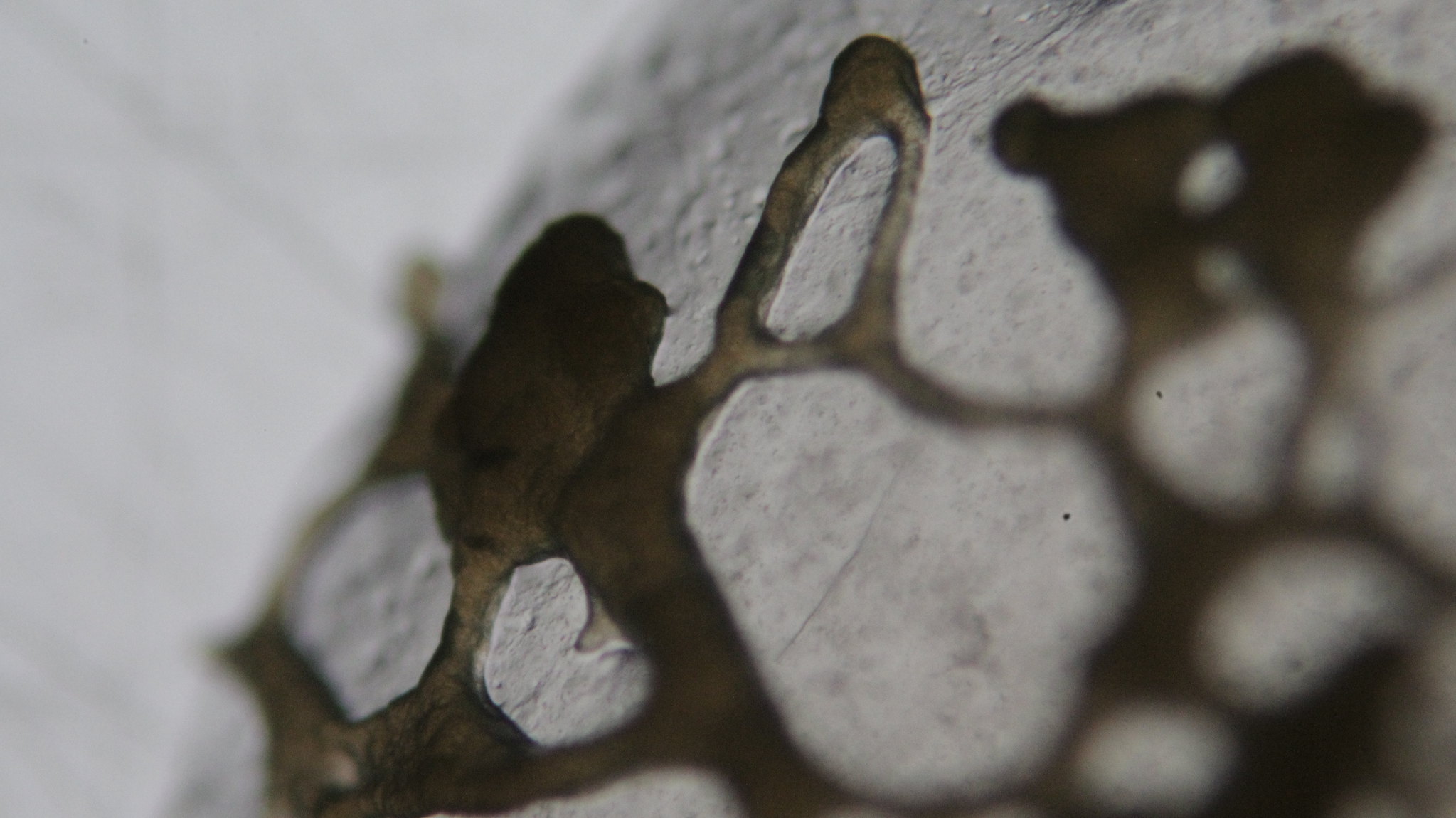 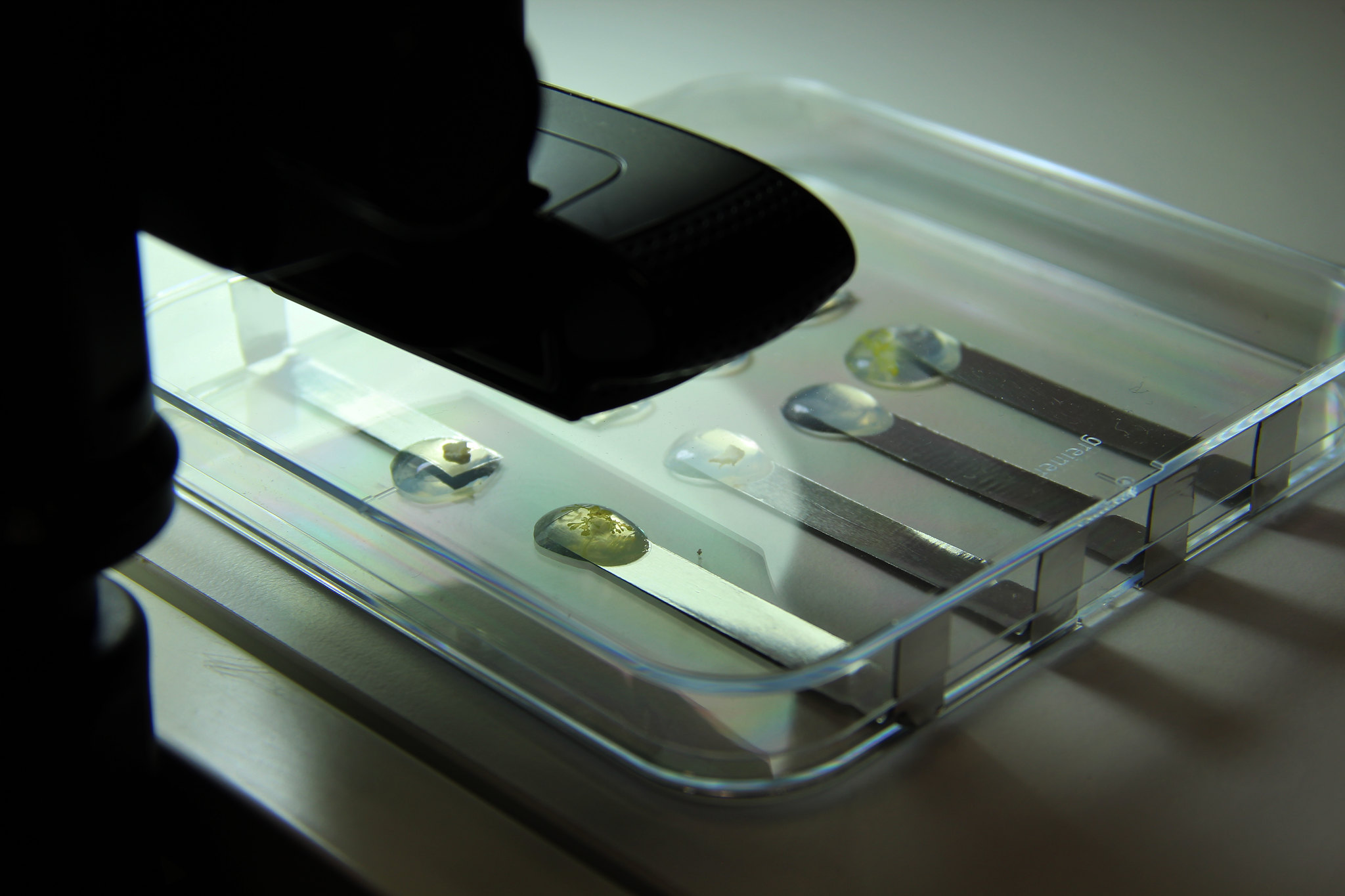 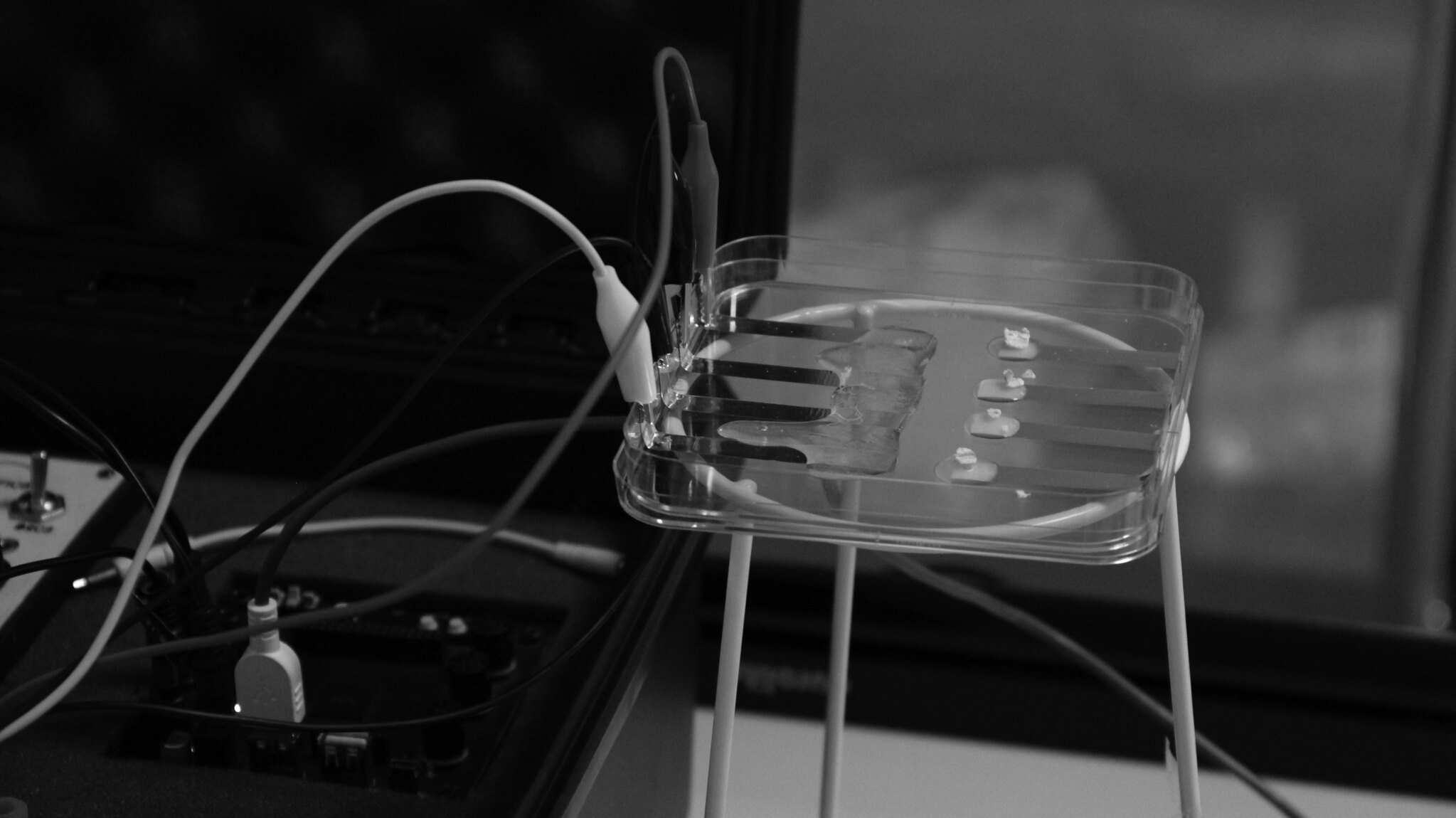 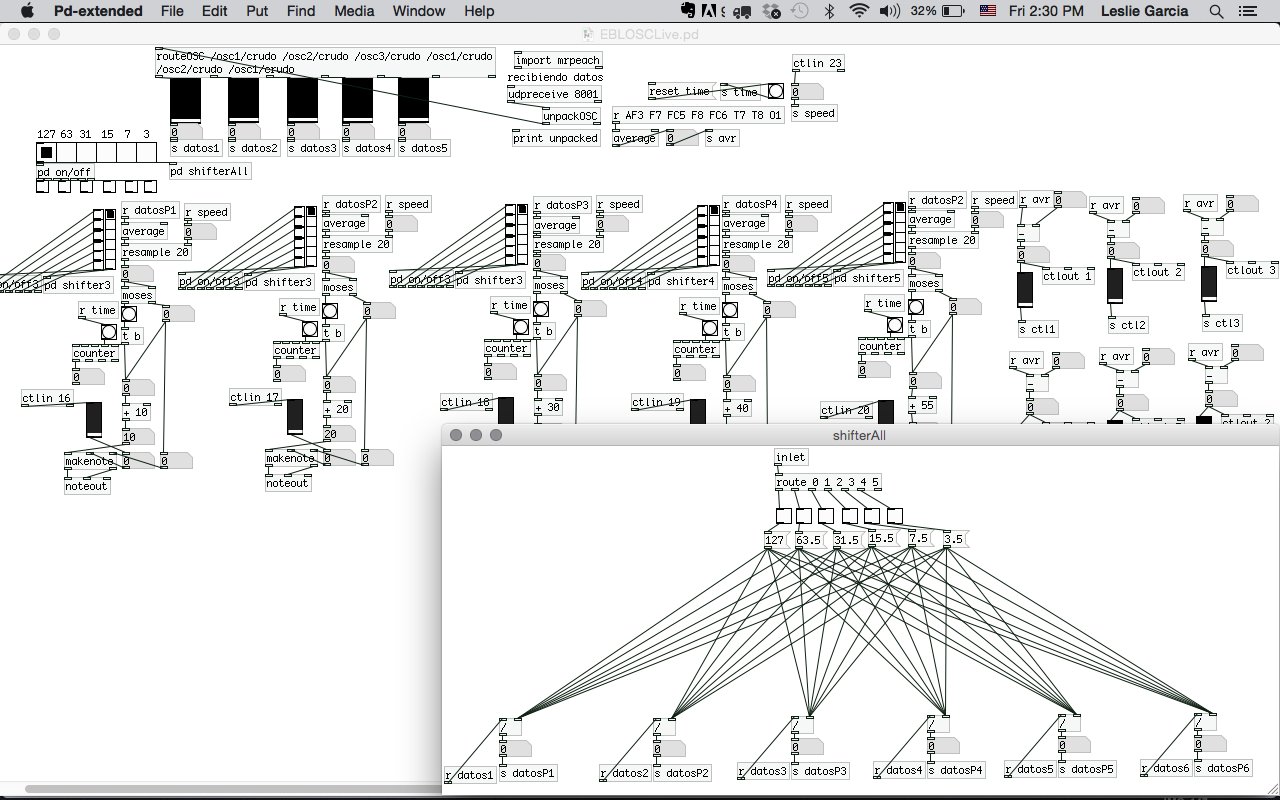 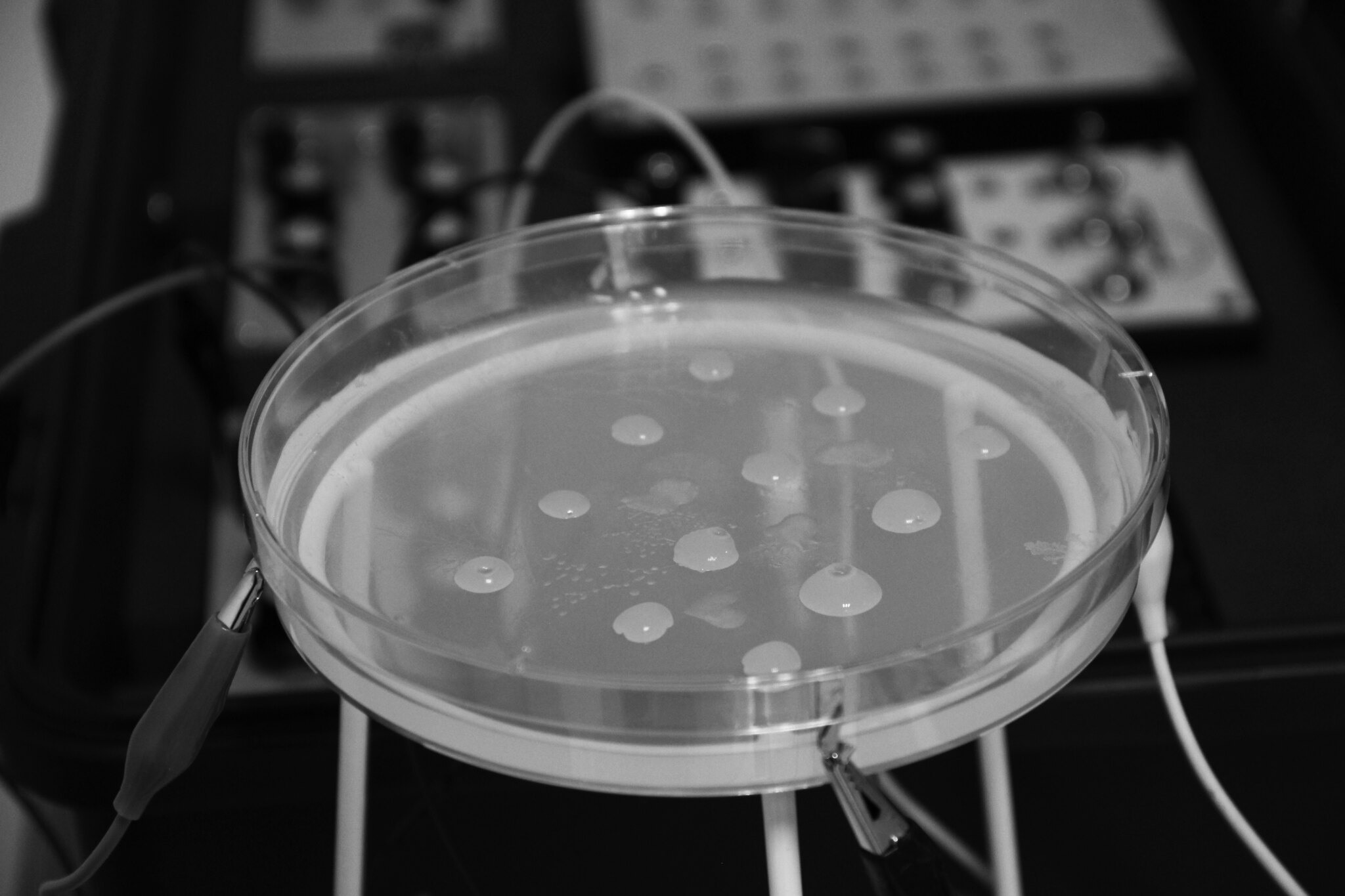