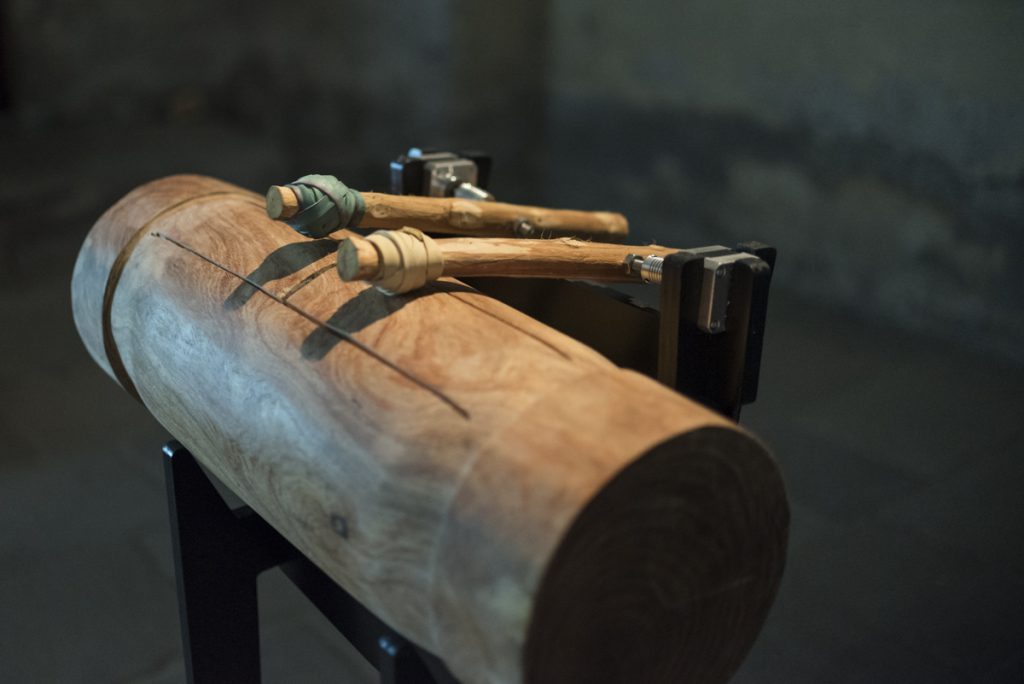 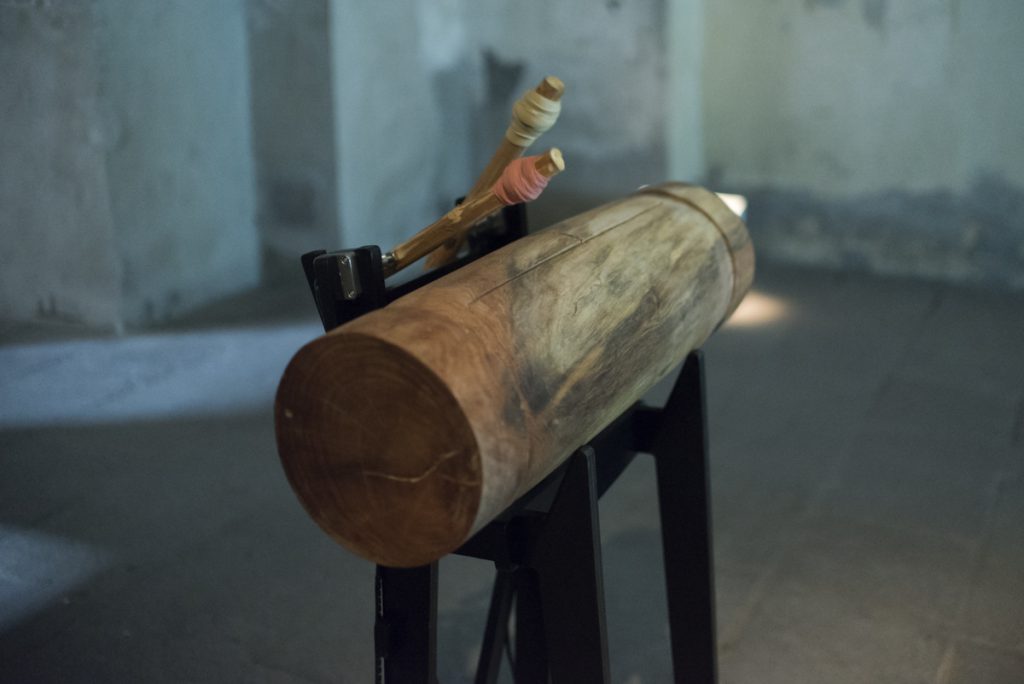 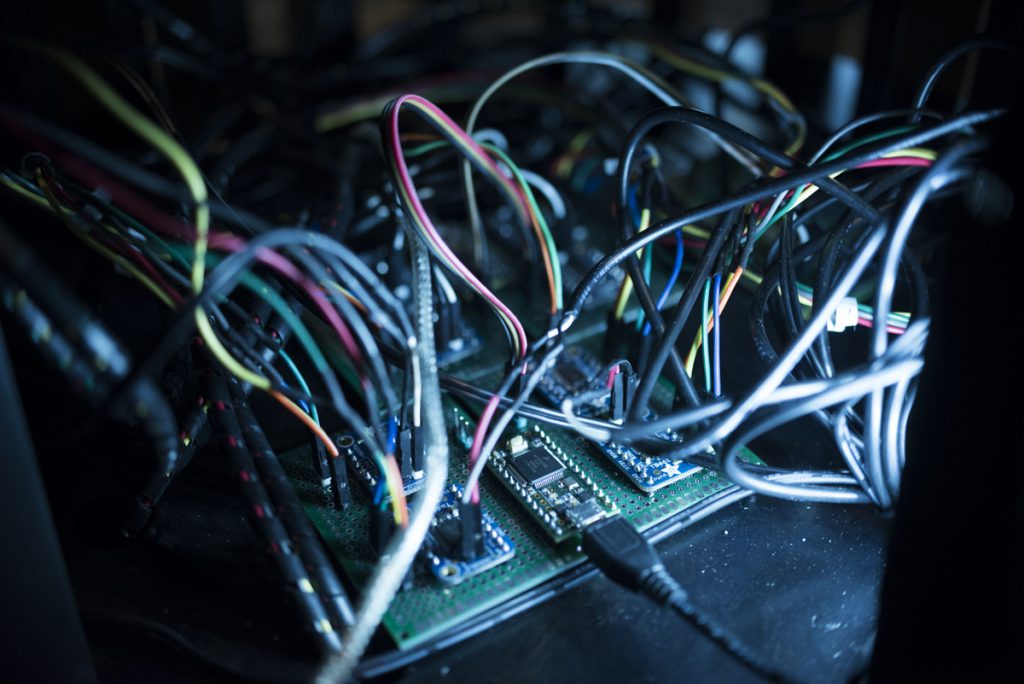 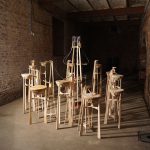 Sintonía del Río (River Tuning) is a mechano-acoustic instrument inspired by the Mapuche cosmogony and musical structures. It is a mechanical drum (cultrún) ensemble controlled by droplets of water continuously falling from the Calle Calle River, which is the waterway axis of the Ríos region at Valdivia, Chile. The Cultrún is a local and ancestral instrument used to guide ritual salutations addressed to the elements of nature. For the Mapuche, every ritual is a possibility for the creation of a new rhythmic pattern, frequently improvised, within a 4/4 time signature, which refers to the four elements, all four seasons of the year, the four point of the compass, a sacred number echoing the animist beliefs within their culture.

The instrument comprises twelve cultrún, all designed by different local artisans and representing a unique voice within the ensamble, each contributing with a different tone and texture given by the choice of material and construction method. The system uses step motors that are controlled by water sensors. And in order to attain a generative composition, we’ve developed a reactive code according to the dripping water logic driven by peristaltic pumps. The code has 4 states for each of the 12 drums, 48 different states allowing for a dynamic piece mirroring the river’s own materiality.

Sintonía del Río was conceptualized and developed during a collective laboratory attended by more than 50 children and young people from different schools in Valdivia. We’,ve installed an open space at the public library where we worked together in a series of music, electronic, programming and research workshops over the period of a month.

project funded by National Council for Culture and the Arts Chile. 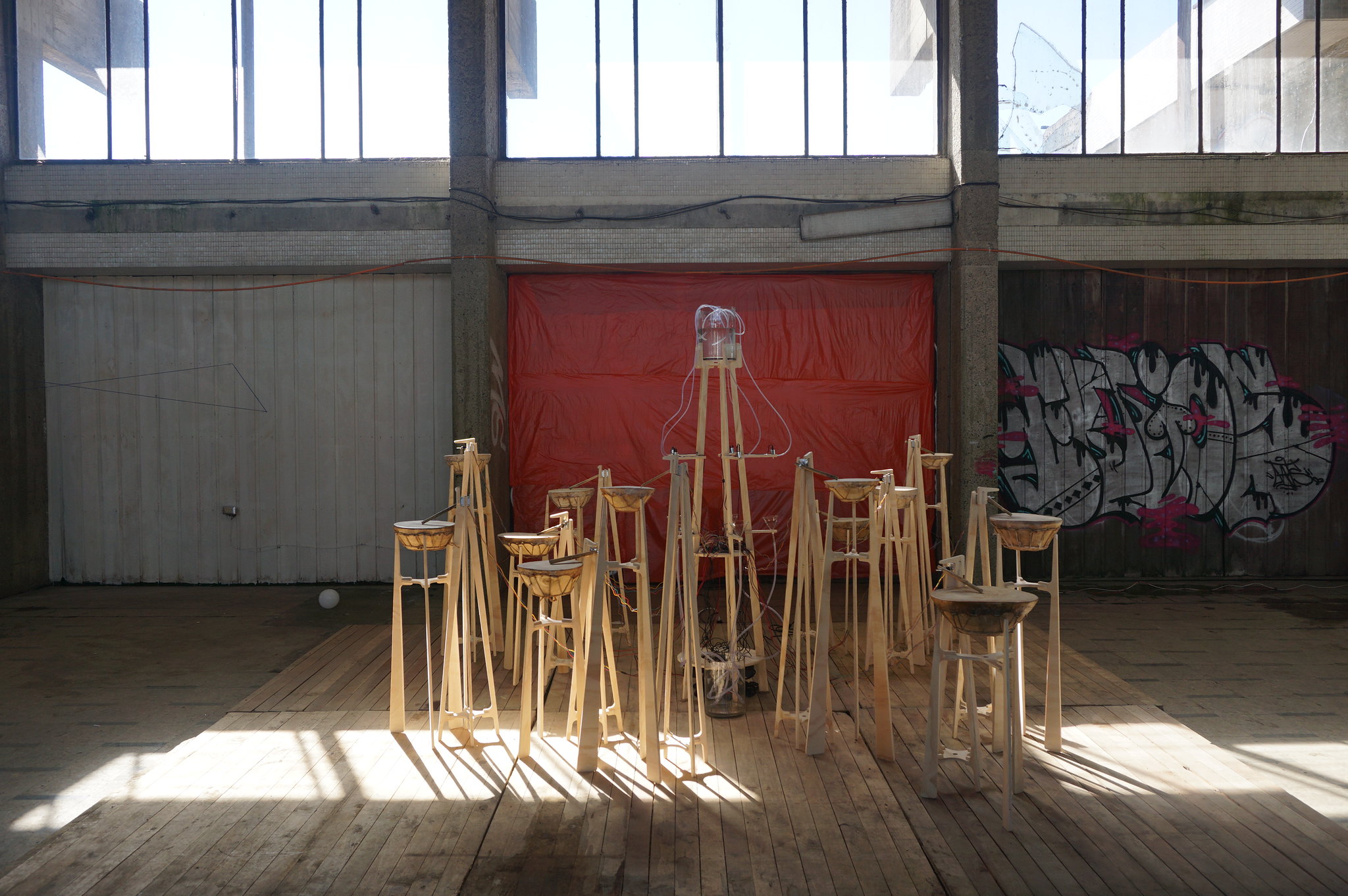 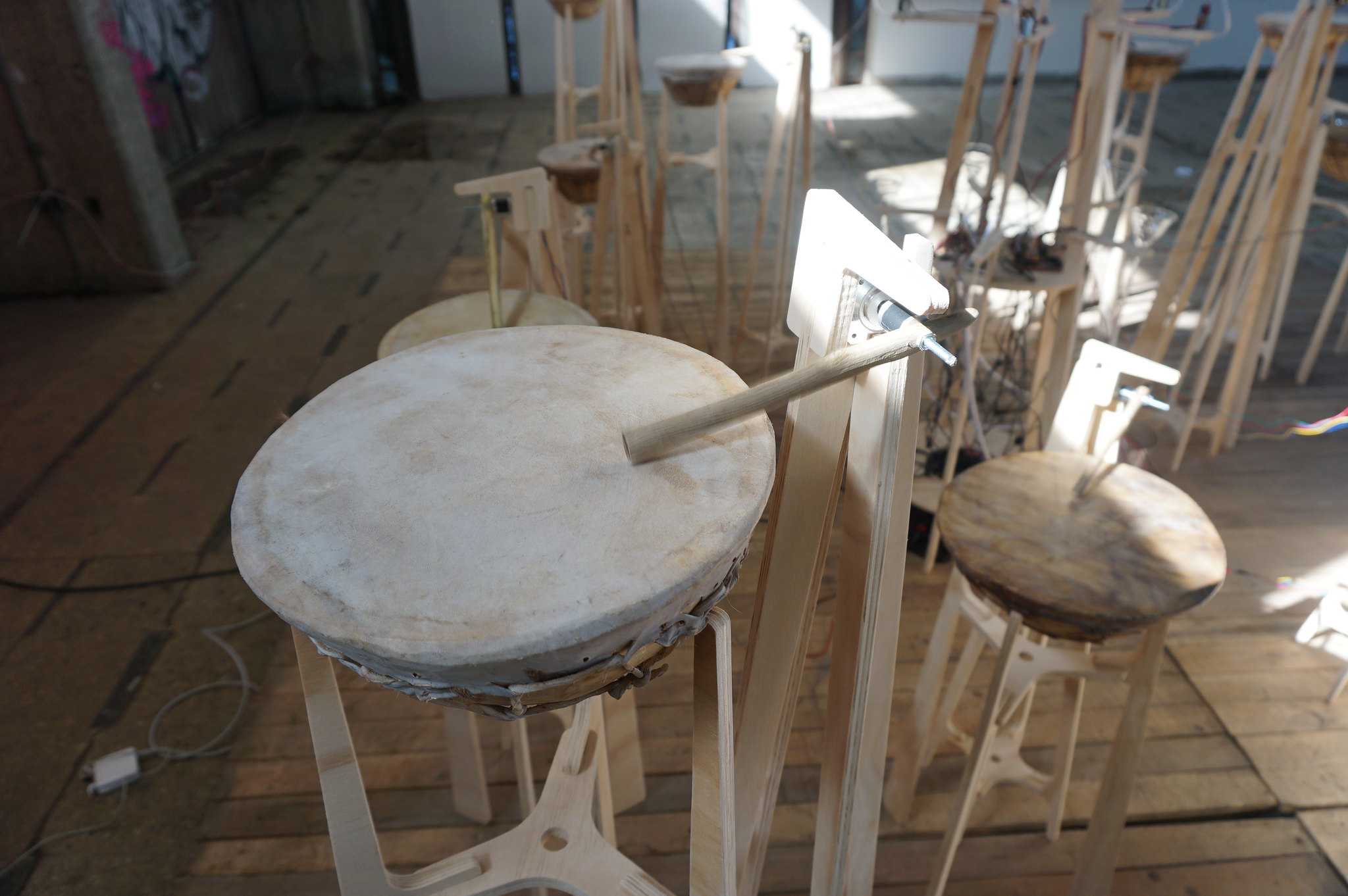 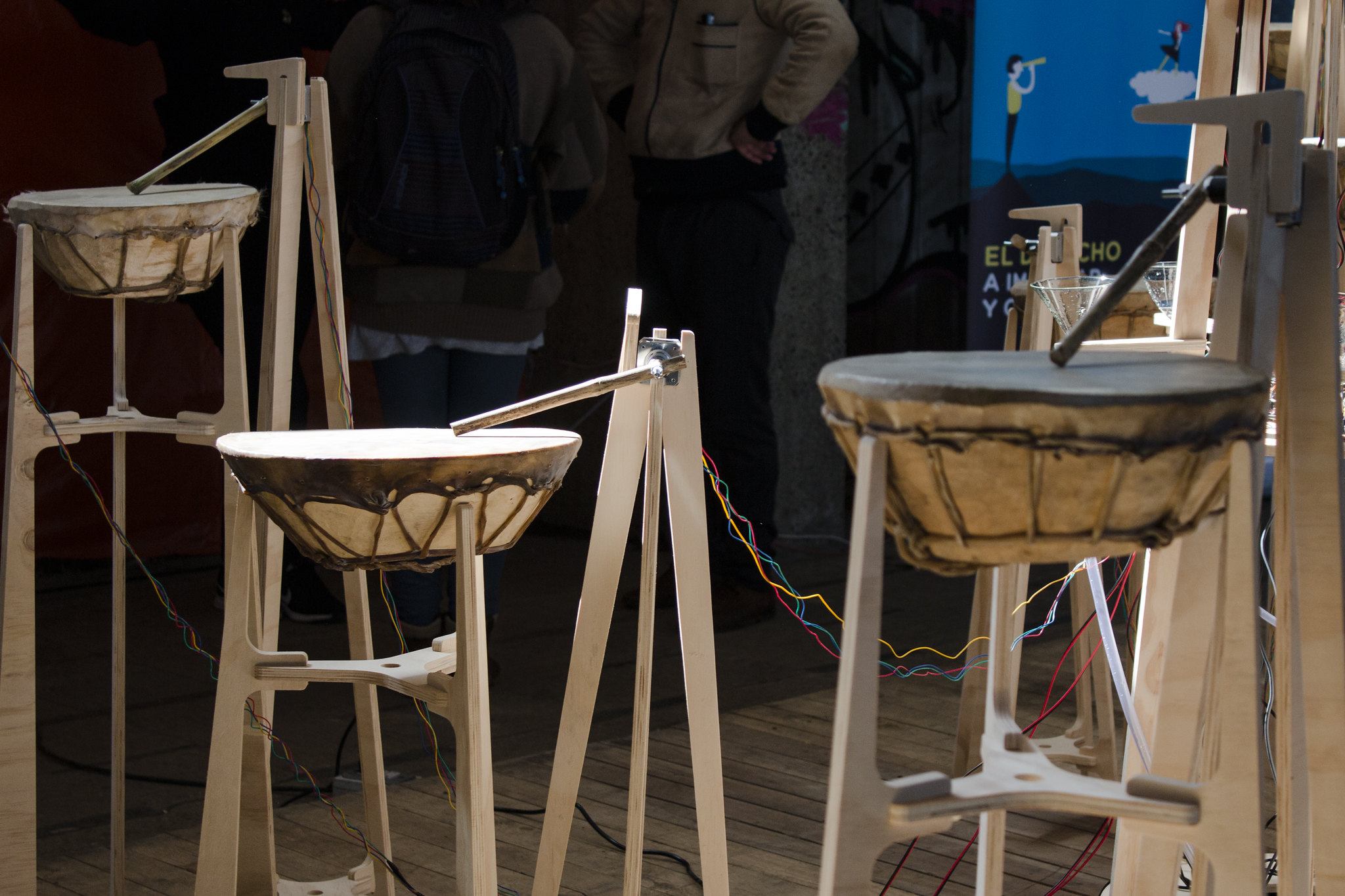 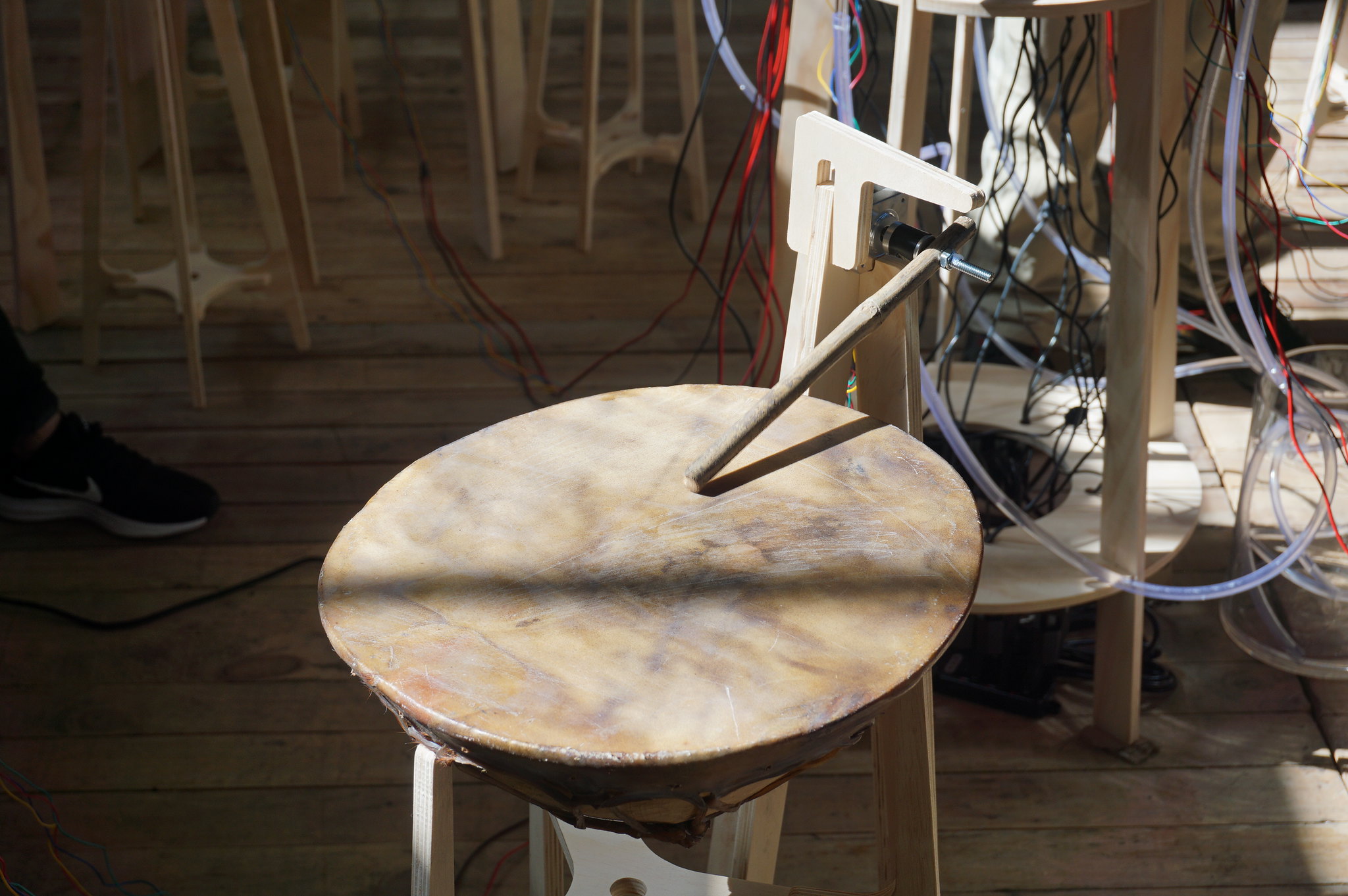 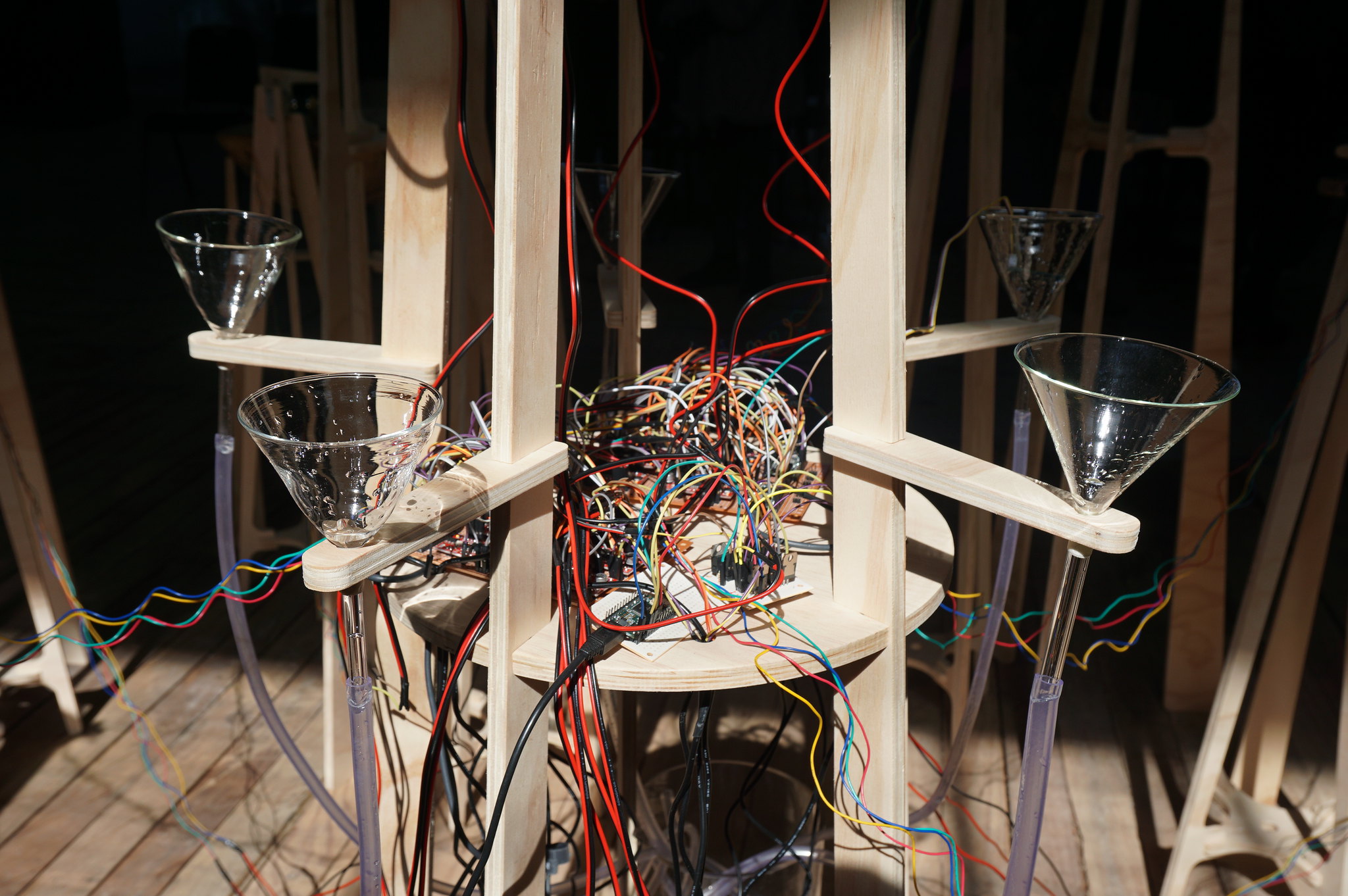 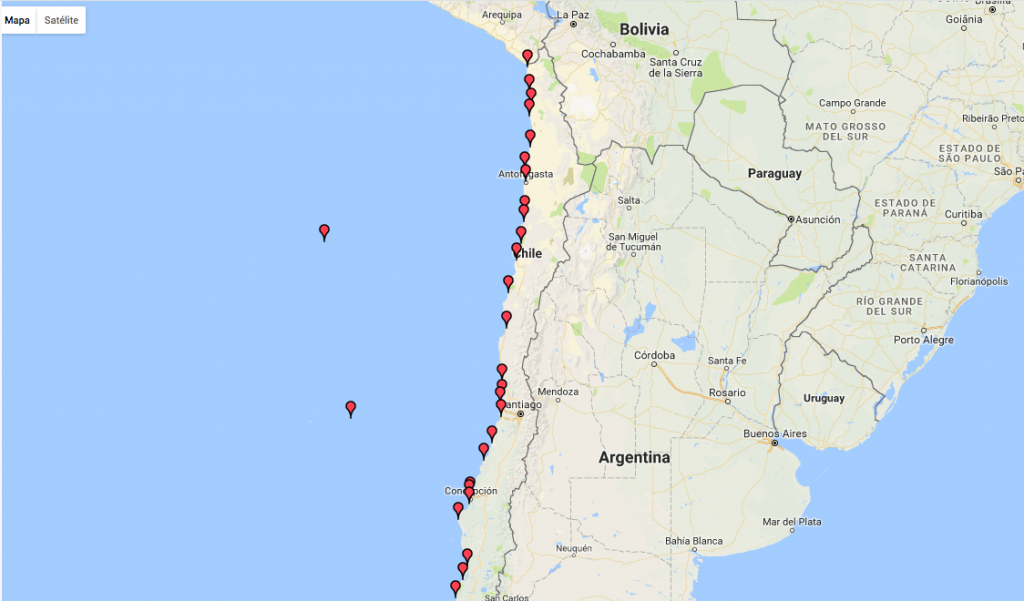 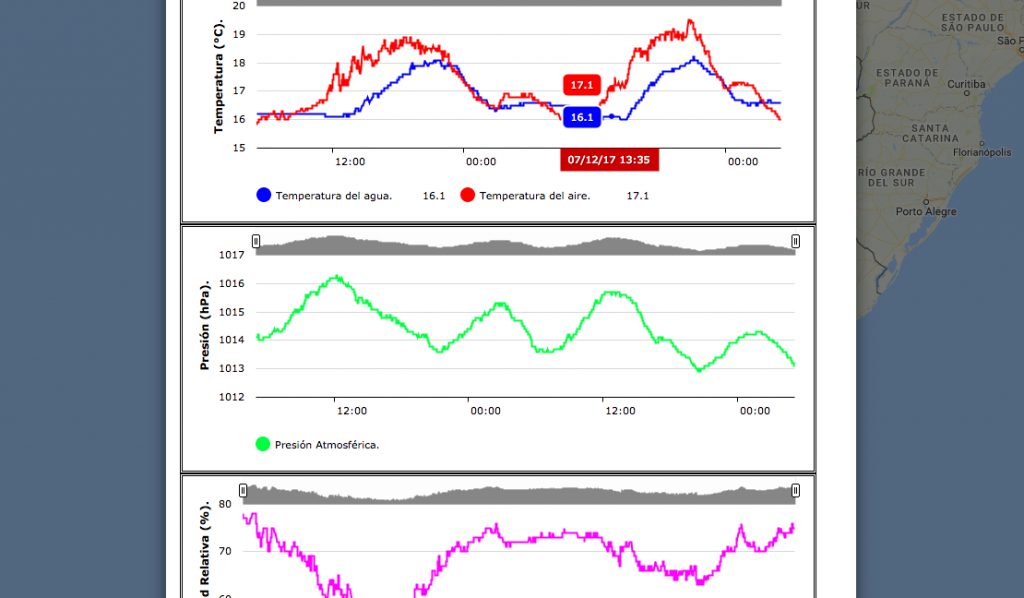 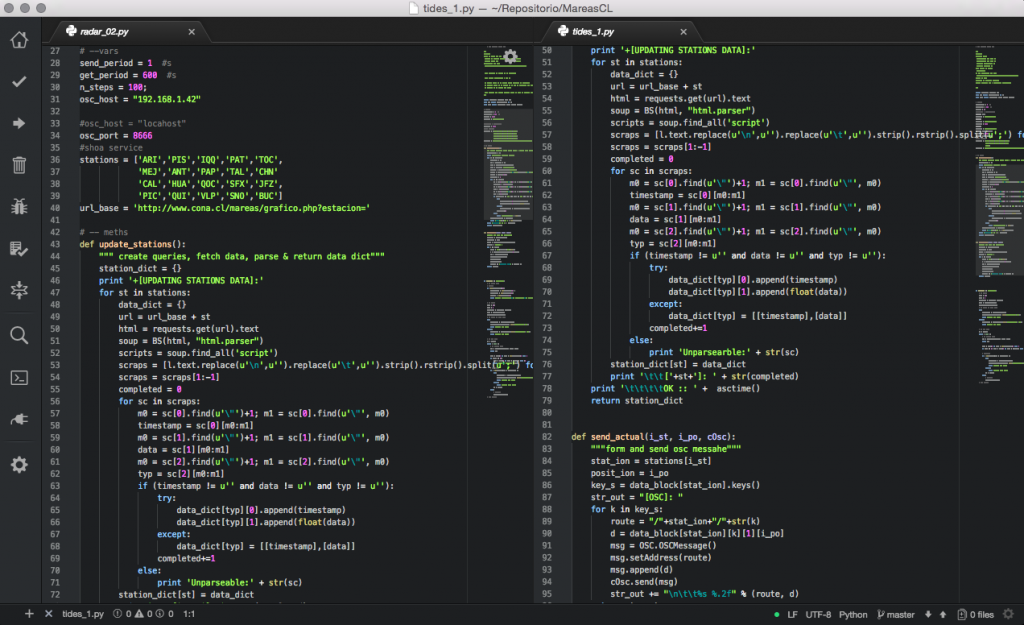 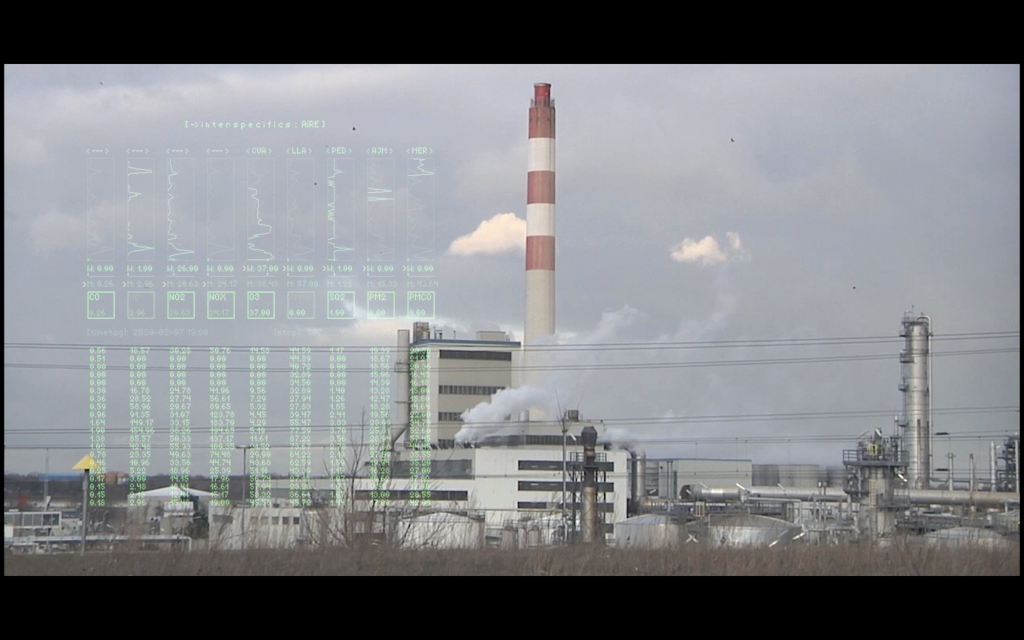 Aire is a generative sound piece inspired by the complexity and variation of atmospheric data in one of the most polluted cities in the world: Mexico City. We start from a research work that focal point is to understanding the way in which CDMX’s environmental monitoring system operates. We use a software written in Python to access the data that environmental sensors throw in real time.

The data received: sulfur dioxide, carbon monoxide, nitrogen oxide, nitrogen dioxide, nitrogen monoxide, ozone and particles per thousand, are distributed by zones and analyzed on a scale of saturation levels, this data flow i use to animate an assembly a set of virtual synthesizers programmed in Supercollider. In the piece, each one of the pollutants has its own sound identity and the fluctuation of the information modulates all its characteristics. The most relevant and particular patterns thrown by the system detonate and mute sound events as they happen and create the structure of the composition on the fly. In addition, the speed and wind direction value serves as an axis to control the spatialization logic of the instruments in a 15-channel system organized under a Cartesian logic. This piece is part of a series of investigations on the performativity of different physical phenomena and the ability of sound to create multimodal experiences. 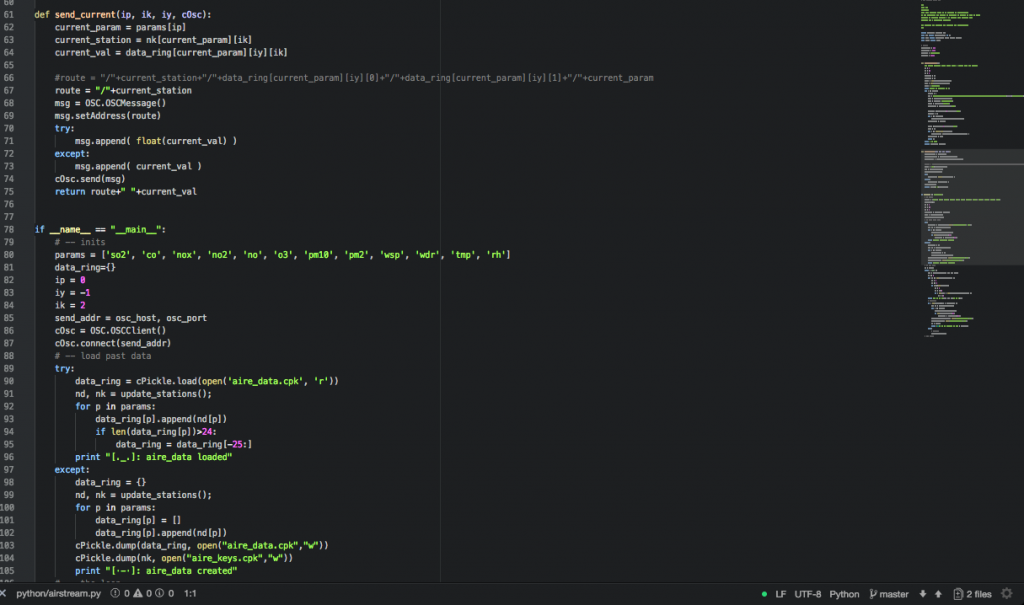 An audiovisual performance created with open data from NASA repositories and radio communication recordings from space missions. An immersive performance inspired by the aesthetics of big data and computer noise where sound travels through an octophonic system and visuals are made with satellite images analysis.

Presented at MUTEK_MX as part of the MusicMakers HackLab 2016 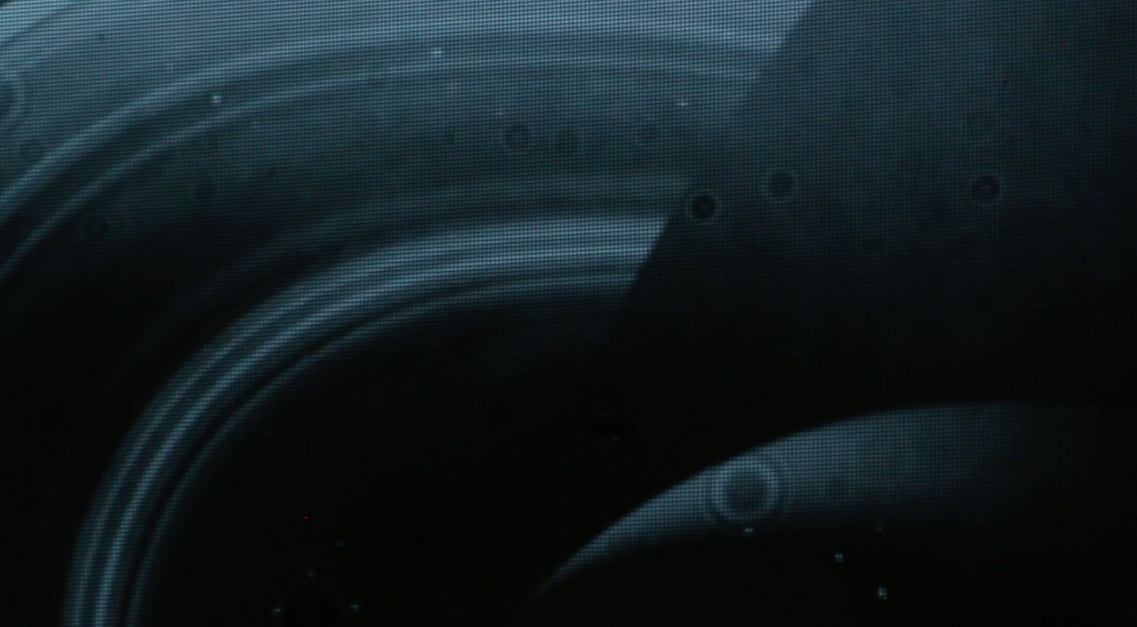 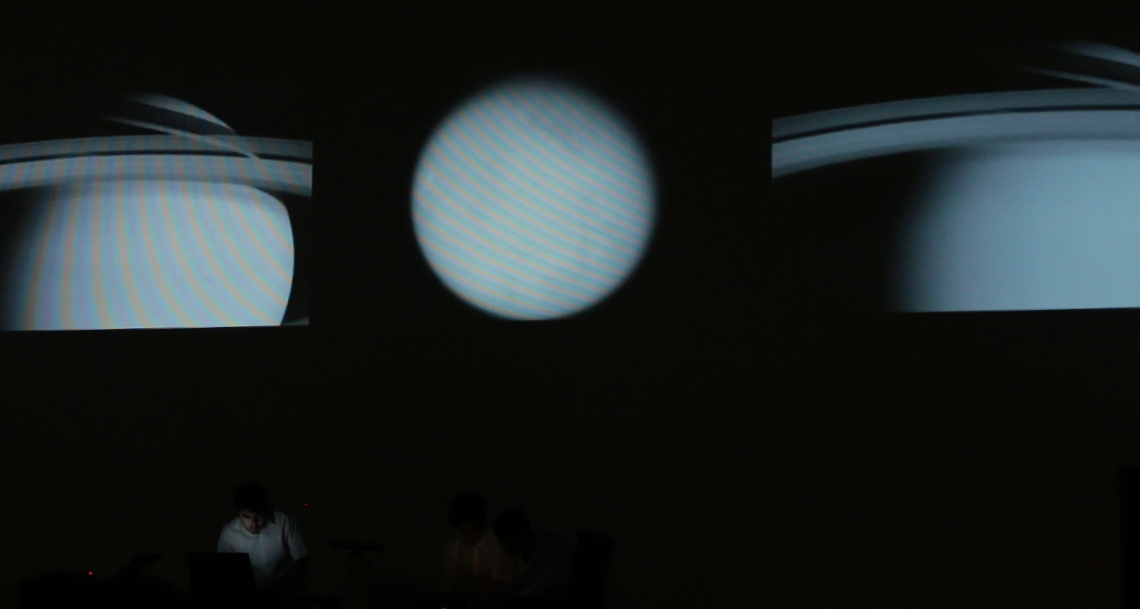 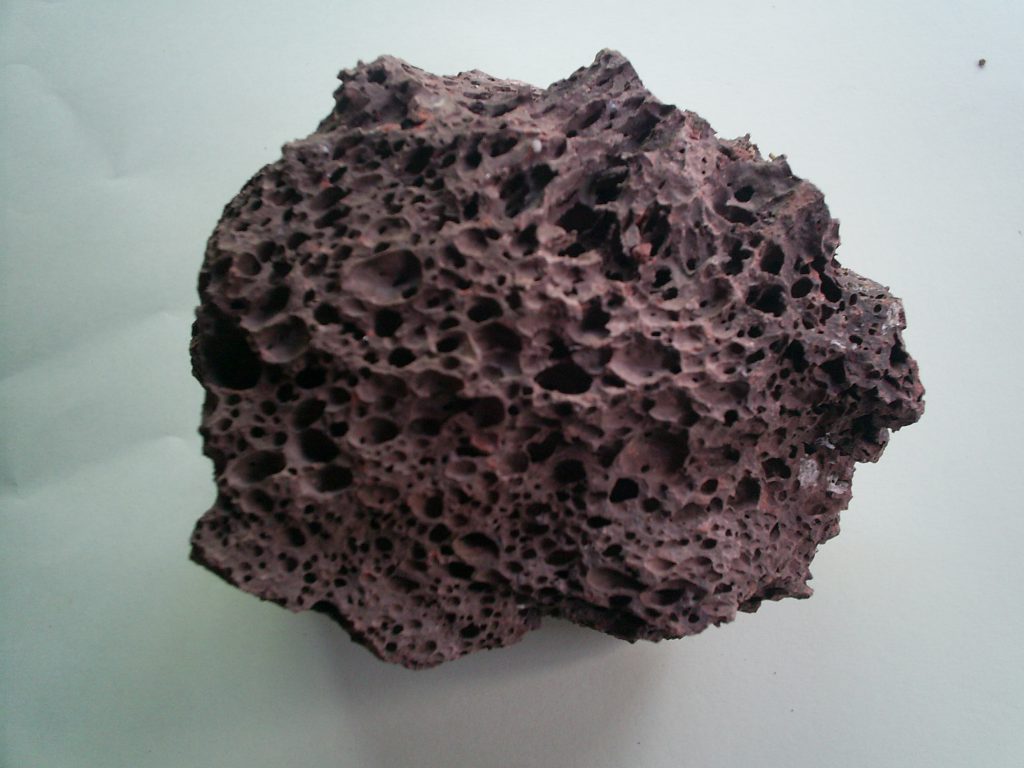 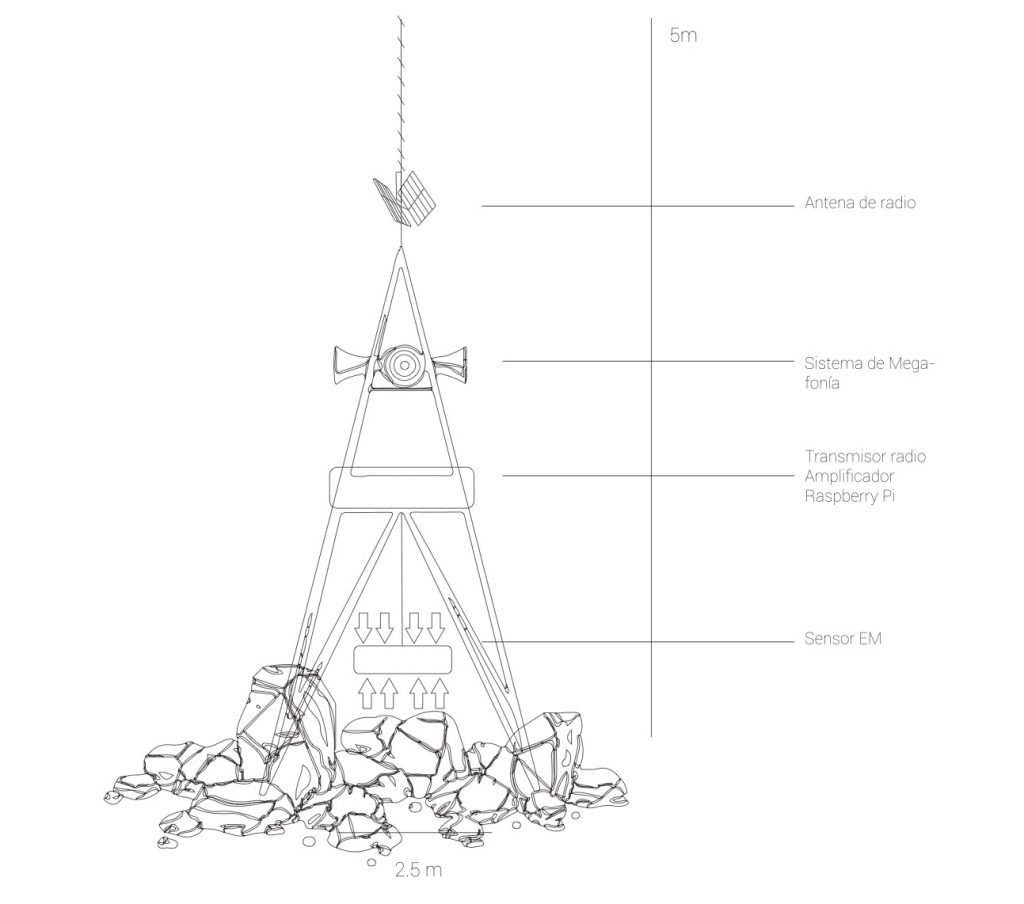 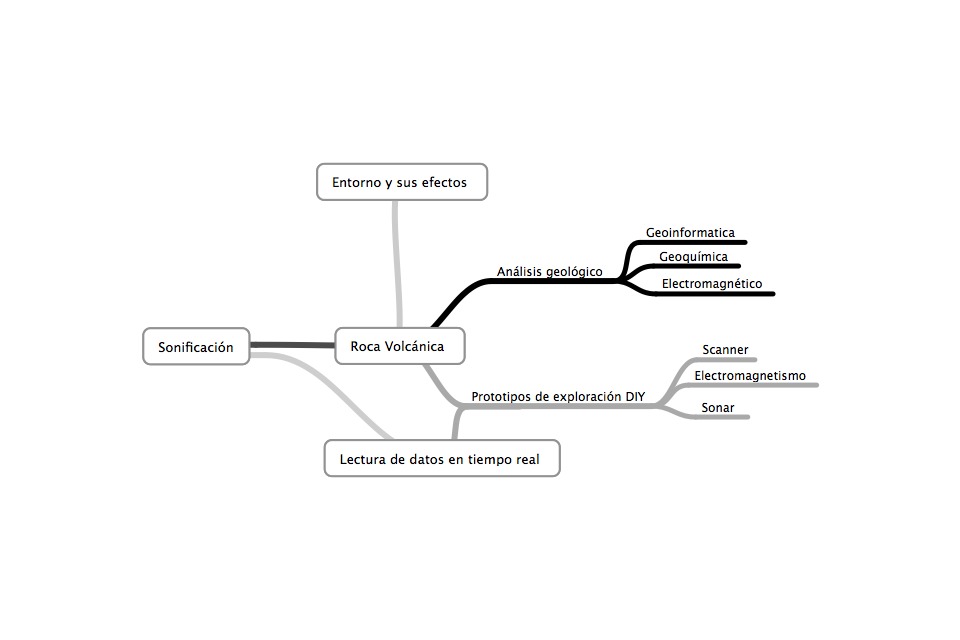 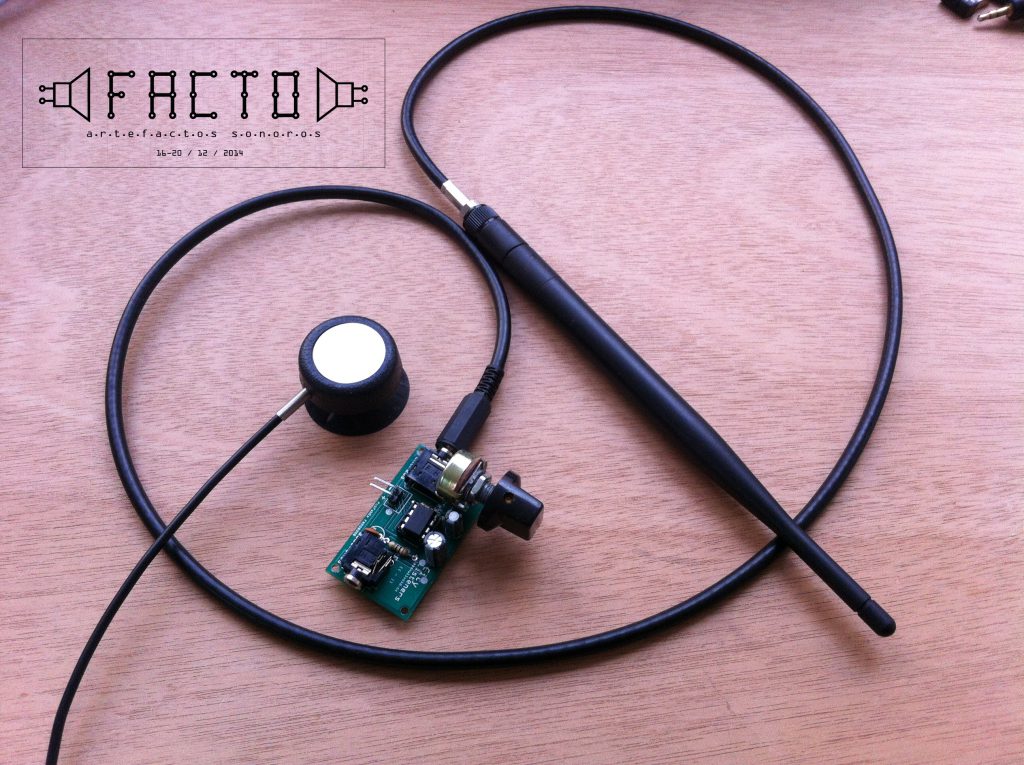 Interpolate as a resource to approach the plasticity of electricity, at least from one of its physical representations, such as sound. CityListeners is a device designed to navigate the city in search of sources of electromagnetic interference. The circuit is designed to transduce these signals to sound, with the help of an electromagnetic pickup and an audio amplifier.

These interferences are presented as part of an intangible sound landscape due to the speed and number of sources that exceed our current capacity to perceive them. The device is first a tool for drift, inside a space saturated with information and signals. Understood within the context of the “live act” it is an observation tool for directed listening. 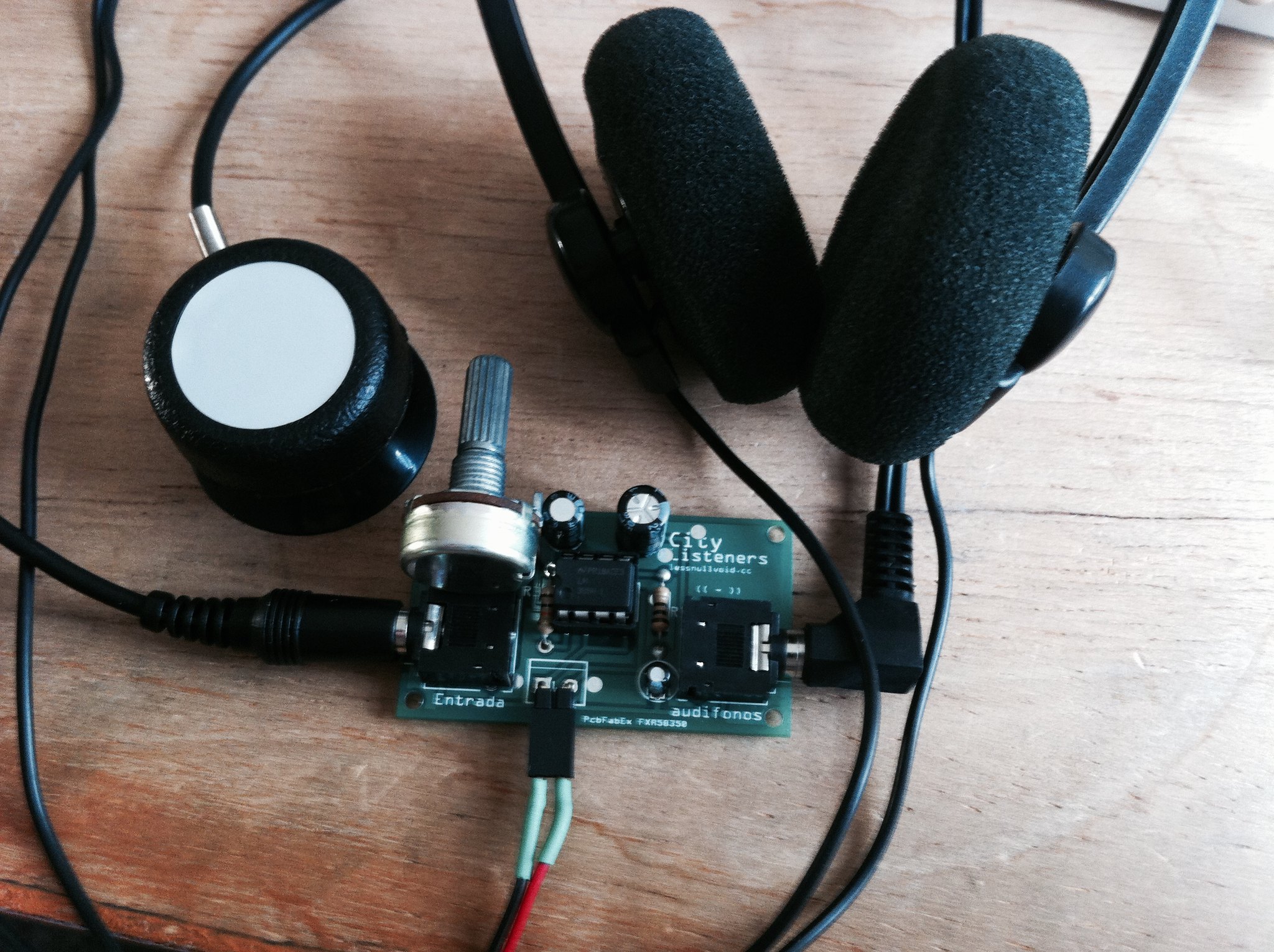 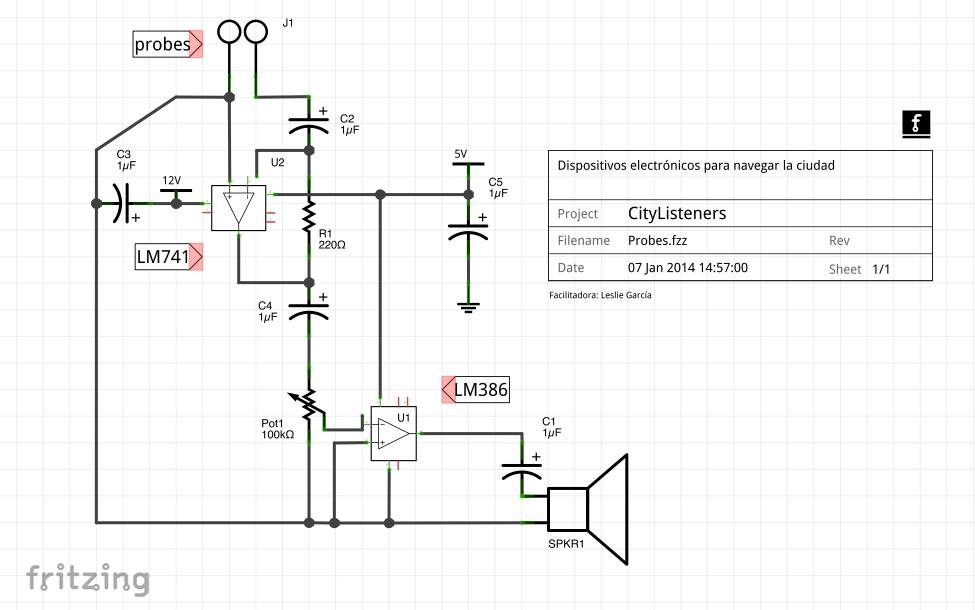