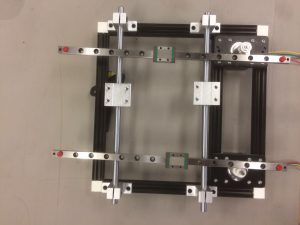 An important aspect of bacteria, and of all life cycles for that matter, which is important to consider is the spatial ecology of microbes. In particular the induced meta-population dynamics. Population, like individuals, are born out of a colonization event and they die due to local extinction.  At a larger scale, due to dispersal, local populations give rise to new populations at alternative locations.  The reason this process is important is because when we start by inoculating a plate with fresh (“Susceptible” state) habitat (such as a petri dish with agar and growth media) a population is formed (“Infected” state). After a while living there, bacterial cells will consume all the local resources and produce enough waste to render the local habitat inhabitable (“Recovered” state).  This spatial ecology is similar to the epidemiological dynamics characterized by SIR theory.

This is the reason, propagule cells disperse to new location. It is this dispersal process which give rise to the intricate patterns we observe.  Currently, the microscope state is fixed in space and therefore we are not capable to follow the dynamics in space. It is for this reason, that we are also working in implementing a an open XY stage so the machine has the capacity of following the spatial dynamics of the meta-population.